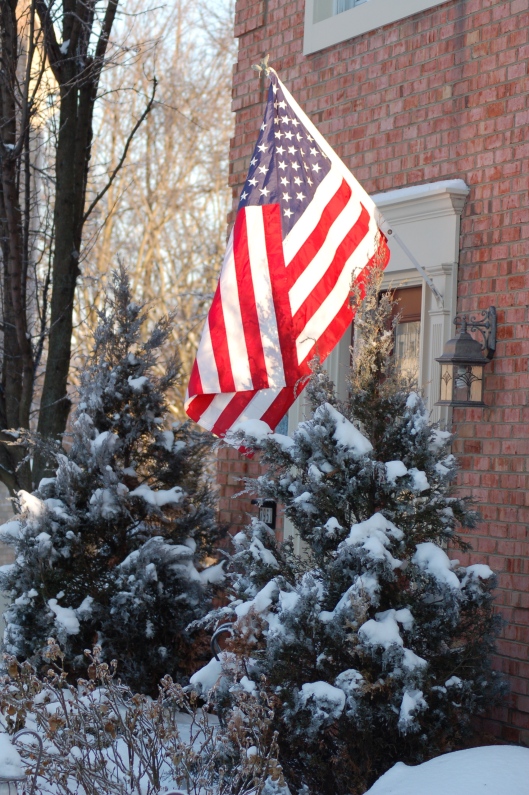 My flag has been up and out there every day since the Inauguration.  I think it is the only flag flying in my neighborhood.  I also had the only Vote Obama yard sign on the street, at least until the alleged teen hoodlum in a George Bush mask stole it in broad daylight.  Halloween prank or political statement?  You make the call.

I want to keep feeling hope about the state of the union.  The flag makes me feel better.  I don’t want my kids to think that we only put the flag out on certain days of the calendar year.  It was an internal struggle to put it out there during the last eight years, and I realize now that I did not try hard enough to find something to stir my patriotic soul.  I need to learn to put the flag out even when the winds blow the wrong way.

However, it was really windy yesterday, so it came down for a few hours so the pole wouldn’t bend.  Today it is back in the bright sunshine that we see when the wind blows the smog away.